Create an Account - Increase your productivity, customize your experience, and engage in information you care about.

The need for a new Courthouse was felt in 1819, and in 1822 a new structure was constructed at 2nd and Putnam. The previous courthouse was converted into a jail, and then replaced by a new construction in 1848. An addition to the second courthouse was added to the rear in 1854 and it also underwent a major remodel in 1879. This picture was taken in 1854, showing the addition on the rear. Note the cattle on the corner at the old trough. 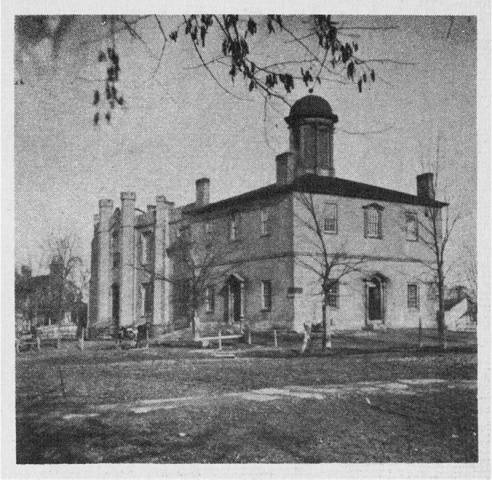